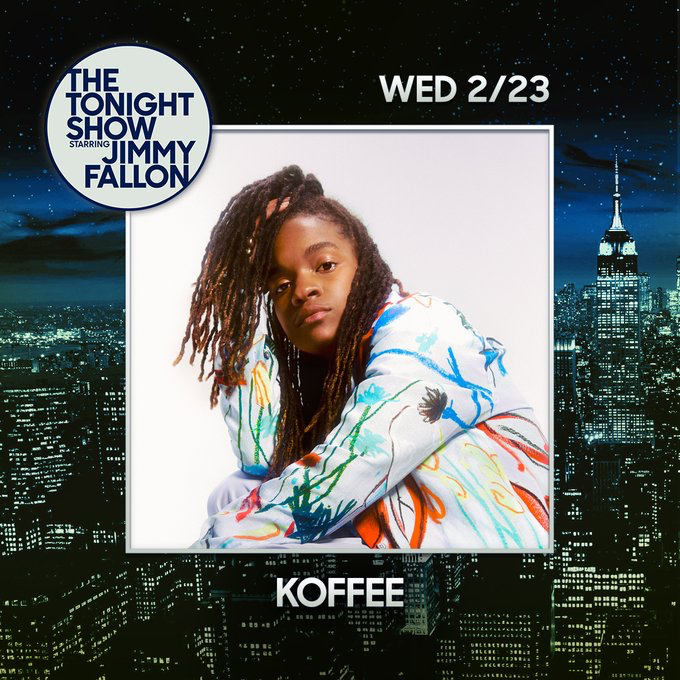 Award-winning Reggae artiste Koffee will perform on The Tonight Show with Jimmy Fallon on Wednesday. Koffee is set to perform her latest single “Pull Up” on the popular night show.

“Pull Up” reached 48 on Apple Music in Jamaica.

The performance come ahead of her debut album release.

The previously released singles “West Indies” and “Lockdown,” as well as “Pull Up,” will be included on Koffee’s upcoming album, Gifted, which is set to be released on March 25.