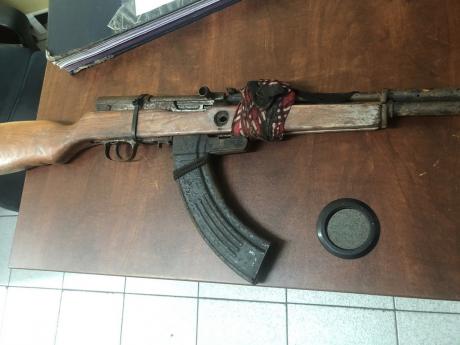 On Tuesday night, police in St Catherine seized a rifle in the Windsor Heights neighborhood of Central Village.

There were no arrests made as a result of the seizure.

According to the police, around 10:00 p.m., a team was conducting an operation in the neighborhood when a home was searched and the pistol was discovered.

The operation, according to the police, was aimed at guns, drugs, and wanted men.

Jamaican police woman interdicted in the US