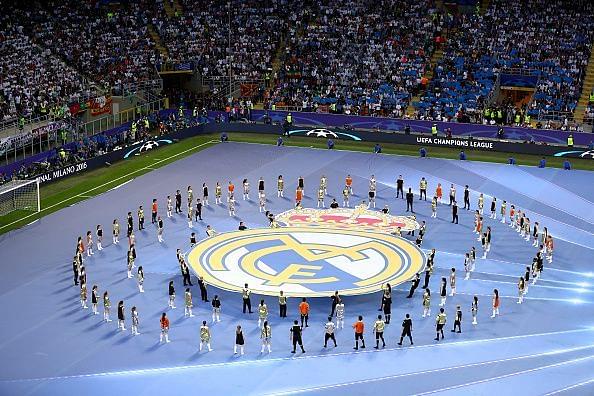 After the sixth and final match day in the UEFA Champions League, Real Madrid are able to relax with the knowledge that they will be playing at the highest level in the spring.

The 13 time winners were in real danger of missing out if results went against them.

Notably Shakthar beating Inter Milan and them losing to Gladbach.

They went into the match with Borussia Monchengladbach in third place and needing a win to confirm their passage to the round of 16.

With recent results less than inspiring, the Laliga champions were in serious danger of failing to negotiate the group stage for the first time in their history.

From the first whistle, Real made their intentions clear by forcing the issue.

They never looked back against an underwhelming Gladbach, who only had one shot on target.

Real have reached the knockout rounds in all 25 of their Champions League campaigns and every season since 1996-97, when they did not qualify for Europe.

Zinedine Zidane’s side have won four of the past seven Champions League titles.

Their participation in this season’s last 16 looked in doubt after a 2-0 defeat at Shakhtar last week. But they completely outplayed Gladbach as they moved up from third to top spot.

Gladbach made progress as runners-up despite the defeat as Intermilan could only draw with Shakhtar in Milan.

Inter have been eliminated in the Champions League group stage for a third consecutive season.

Shakthar, who defeated Real Madrid twice in group play this season, will play in the Europa League while Inter finishes at the bottom of the group and misses out on Europe all together.

Nagelsmann set to replace Flick at Bayern in the summer