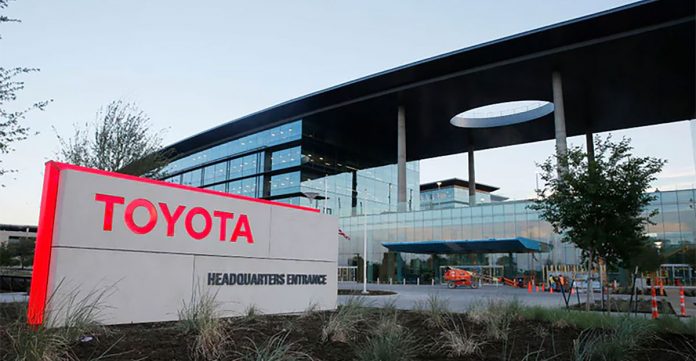 Toyota has join Nissan in warning about the negative effects of a no-deal brexit to its operations.

In an interview with the BBC, head of European business at Toyota, Dr Johan van Zyl said such an outcome could make its UK plants “uncompetitive” also create a ”very negative investment environment” in Britain and be “very, very negative” for his business.

He told the BBC the combination of Brexit and the Covid crisis was a “double whammy” for the carmaker.

Toyota has two plants in the UK, which employ about 3,000 people in total.

However, Mr van Zyl said no decisions on the future of its UK plants – a car factory at Burnaston in Derbyshire and an engine facility at Deeside in North Wales – could be taken until the outcome of trade talks was known.

Like other manufacturers, Toyota has been badly affected by the Covid outbreak. Both its UK plants were forced to suspend production during the spring lockdown, while showrooms were also forced to close.

“We have Brexit, and we have Covid, and this is a double whammy which is happening to us”, he said during an online media event.

“When it comes to the recovery… it’s going to be more difficult if Brexit of course is negative or a hard Brexit”.

Last month, Nissan warned that without a deal between the UK and the EU its car plants will be unsustainable. With 7,000 employees at its Sunderland plant, the expected tariffs will raise cost. It further cautioned that any delay in overseas supplies of parts because of new customs checks could slow production.