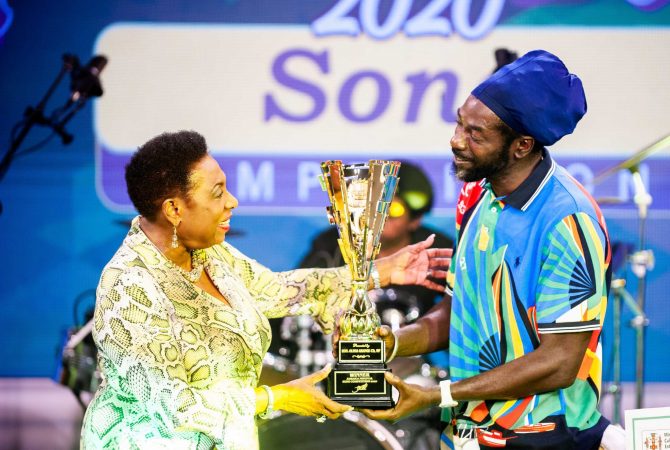 Reggae singer and newly crowned 2020 Jamaica Festival song winner Buju Banton’s copped the prize purse of $3 million for his entry, I am a Jamaican.

In accepting the winning trophy, he indicated that his charity would be a beneficiary.

The Sunbeam Boys’ Home in St Catherine is to benefit from the Buju Banton’s winnings.

Buju Banton and a number of well-established artiste and song writers were in this year’s competition.

Papa Michigan secured the second spot  with his entry Jamaica Dance while Sakina Deer came in third with We are Jamaica.

Buju Banton, 47, whose real name is Mark Myrie, first came to prominence in the 1990s, as a youngster signed to Donovan Germain’s famous Penthouse Records label. He had early success with hits like Bogle and Love me Browning in 1992. That same year, he released Mr Mention, his breakout project which featured other hits like Bonafide Love featuring Wayne Wonder and Who Say with Beres Hammond.

At the launch of the competition Culture Minister Olivia Grange stated that the addition of veteran acts was to renew interest and bring the competition back to its former glory.